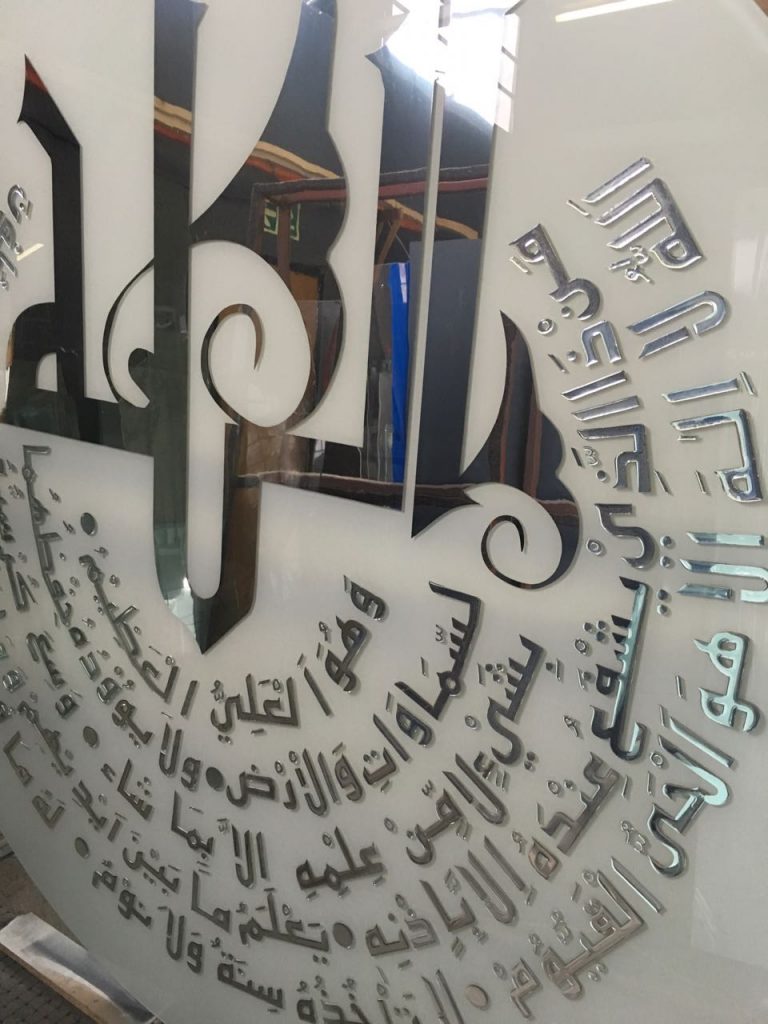 The trend of infinite patterns can be found in all periods of Islamic artwork. This visual effect symbolises the belief of eternity and the disbelief of temporary lives. The motionless Islamic artwork represents a piece of a pattern that can only be shown in its true form in infinity. This visual style trend is used in Arabian culture, it can be seen in the form of infinite stems, leaves and blossoms that form multiple images of the same leaf.

The use of calligraphy in Islamic artwork is the substitute for figural representations. Figural representations are forbidden in the Islamic religion, so the calligraphy replaces these figures to bring religious significance to the artwork. The style of calligraphy comes in two main forms; Kufic and Nashki. Nashki is the more modern of the two scripts, in which various strokes and lines are exaggerated to enhance the artwork.

Islamic artwork incorporates a lot of floral patterns. This visual style trend takes inspiration from local and international artists. This type of design is usually combined with the design of infinite patterns which create a relaxing effect on viewers of the artwork.

*Notice: Images on the site are examples. Our artworks are custom made to your specifications.

We use cookies on our website to give you the most relevant experience by remembering your preferences and repeat visits. By clicking “Accept All”, you consent to the use of ALL the cookies. However, you may visit "Cookie Settings" to provide a controlled consent.
Cookie SettingsAccept All
Manage consent

This website uses cookies to improve your experience while you navigate through the website. Out of these, the cookies that are categorized as necessary are stored on your browser as they are essential for the working of basic functionalities of the website. We also use third-party cookies that help us analyze and understand how you use this website. These cookies will be stored in your browser only with your consent. You also have the option to opt-out of these cookies. But opting out of some of these cookies may affect your browsing experience.
Necessary Always Enabled
Necessary cookies are absolutely essential for the website to function properly. This category only includes cookies that ensures basic functionalities and security features of the website. These cookies do not store any personal information.
Non-necessary
Any cookies that may not be particularly necessary for the website to function and is used specifically to collect user personal data via analytics, ads, other embedded contents are termed as non-necessary cookies. It is mandatory to procure user consent prior to running these cookies on your website.
SAVE & ACCEPT